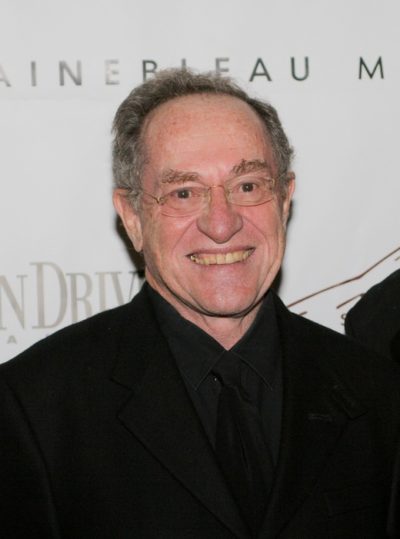 Dershowitz in 2010, photo by Prphotos

Alan Dershowitz is an American lawyer, jurist, author, and political commentator. He is the son of Clair/Claire (Ringel) and Harry Dershowitz. He is of Polish Jewish descent.

Alan has a daughter with his wife, Carolyn Cohen, and two children with his former wife, Sue Barlach.

A DNA test whose results were displayed on the show Finding Your Roots with Henry Louis Gates, Jr. (2014) stated that Alan’s genetic ancestry is: