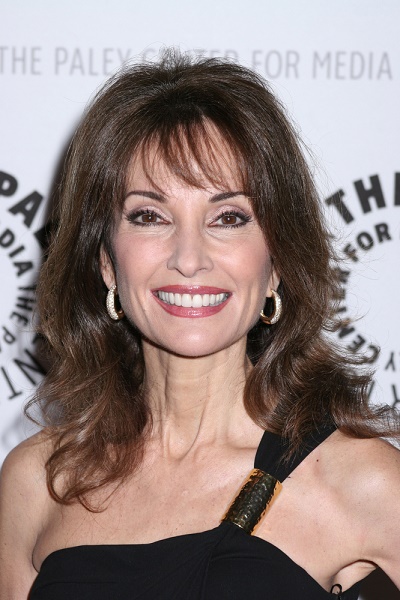 Susan Lucci is an American actress, television host, author, and entrepreneur. She is known for starring as Erica Kane on All My Children, a performance she had given for four decades, and for her role on Devious Maids, among other work. Her father was born in New York, to Italian parents. Her mother was born in Pennsylvania, with Swedish and German roots. She is married to Austrian businessperson Helmut Huber, with whom she has two children, including actress Liza Huber.

Susan’s paternal grandfather was Nazzareno/Nazareno Ciucci, later Lucci (whose parents likely were Antonio Ciucci and Angela Marie/Felice D’Orazio). Nazzareno was from Tagliacozzo, Province of L’Aquila, Abruzzo, Italy. Antonio was the son of Pasquale Ciucci and Maria Mattioddi. Angela was the daughter of Sebastiano D’Orazio.