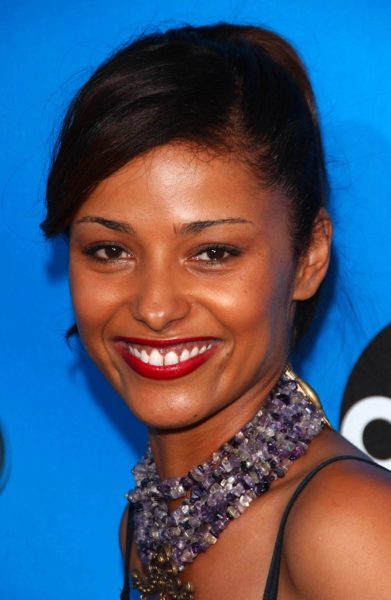 Golding in 2006, photo by s_bukley/Bigstock.com

Meta Golding is a Haitian and American actress. She was born in India, and grew up in several countries, including India, Haiti, France, and Italy. She is able to speak English, French, Haitian Creole, and Italian.

Her father was born in Manhattan, and met Meta’s Haitian mother when he was working there. It does not appear to be publicly unknown if Meta’s father is black, too.