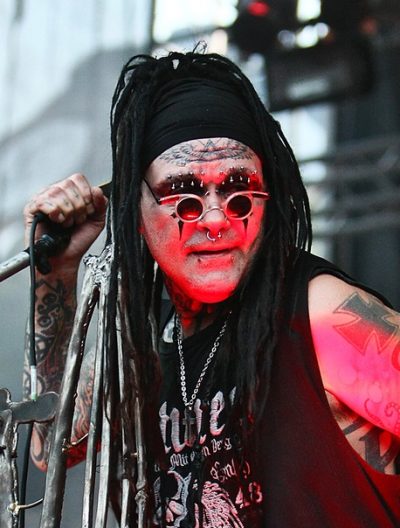 Al Jourgensen is an American singer, songwriter, musician, and music producer. He is the frontman of the industrial metal band Ministry.

Al was born in Havana, the son of Margarita “Maggie” and Gualberto Ramiro Casas. His mother is of Dutch and Spanish descent. Al and his mother immigrated to the United States in 1961. His mother married stock car driver and mechanic Ed Jourgensen in 1964. Al later adopted his surname. He was raised in Miami and Chicago.

Al has a daughter with his former wife Patty Marsh.