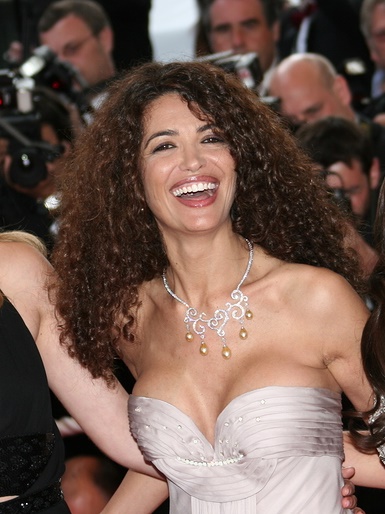 Afef Jnifen is a Tunisian fashion model, actress, and television presenter. Afef is the daughter of Saida Benina and Mohamed Jnifen, a diplomat, who was the Tunisian ambassador for Libya, Egypt, Saudi Arabia, Lebanon, Syria, Yemen, and Bahrain.

Some have called Afef a symbol of “Arab female empowerment.” She was born in Ben Gardane, Tunisia, to a Muslim family. She left Tunisia in 1988, after the coup, to pursue her modelling career in Paris. She also holds Italian citizenship. Her mother is said to be of Turkish origin.

I’m a fighter. And I wanted to be in a democracy, where I could say what I thought and didn’t have to worry about my house being bugged. I could never live in a place where I didn’t have freedom.