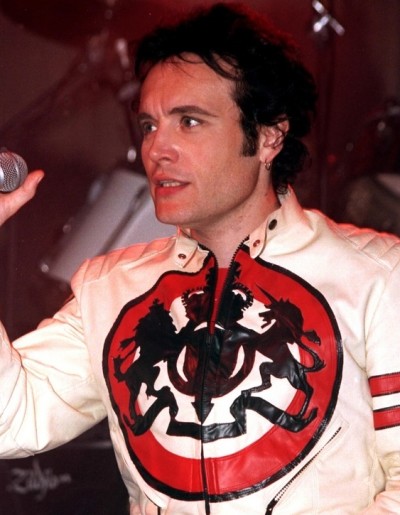 Ethnicity: English, as well as 1/16th Scottish, possibly some Romani

Adam Ant is an English singer, musician, and actor.

He is the son of Betty Kathleen, an embroiderer, and Alfred Leslie Goddard, a chauffeur, who served in the Royal Air Force. He has a daughter with his former wife, PR assistant Lorraine Gibson.

Adam’s maternal grandfather was Walter Albany Smith (the son of Joseph Charles Smith and Thirza West). Walter was said to have been Romanichal. Joseph was the son of Charles Henry Smith, from Church Icomb, Gloucestershire, and of Clara Jane Such/Surch, from Little Compton, Warwickshire. Thirza was the daughter of Urbane West and Susannah Savins.

In his book, Stand and Deliver: The Autobiography, 2006, Adam wrote of his maternal grandparents:

Lily Ada had married by far the most important man in my life as I grew up, my maternal grandfather. Born a Romany gypsy, Walter Albany Smith came into this world in a caravan in Oxford in 1898, and his life reads like a romantic lead in a D. H. Lawrence novel. It’s impossible to trace his family tree before this time as, in true gypsy tradition, the less contact with officialdom or society in general that his people had, they considered, the better. It is believed they were of Rumanian heritage. Judging by the thickset Slavic head and jawline that the whole family inherited, I think this is quite possible.

It appears at least most of the ancestry of Adam’s maternal grandfather was not Romani. It is not clear if Adam has any verified/documented Romani ancestry.