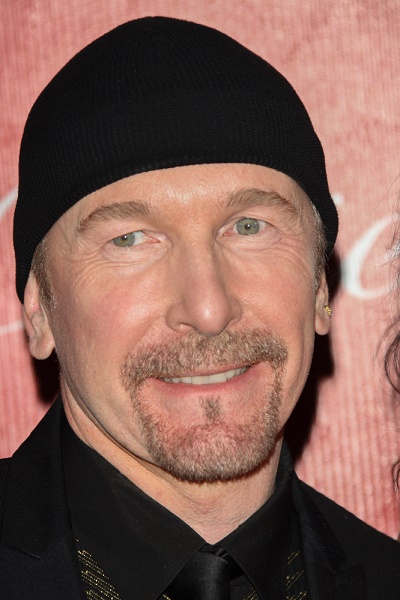 The Edge is a musician, singer, songwriter, and the guitarist of Irish rock band U2. Other members of the band are Bono, Adam Clayton, and Larry Mullen, Jr.

He was born in Essex, England, to a Welsh family from Llanelli, and was raised in Ireland after moving there as an infant. He is the son of Gwenda (Richards) and Garvin Evans.

The Edge is married to American dancer and choreographer Morleigh Steinberg. He has two children with Morleigh, and three children with his former wife, Aislinn O’Sullivan.