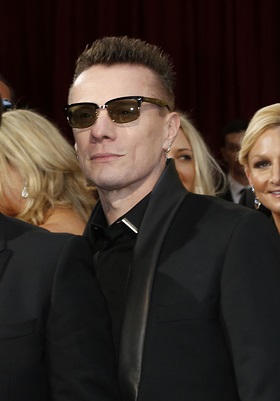 Larry Mullen, Jr. is an Irish musician and actor. He is a drummer of the Irish rock band U2. Other members of the band are Bono, Adam Clayton, The Edge.

Larry is the son of Maureen (Gaffney) and Laurence Joseph Mullen, Sr. He is a first cousin of Irish television actor Conor Mullen. Larry has three children with his partner, Ann Acheson.