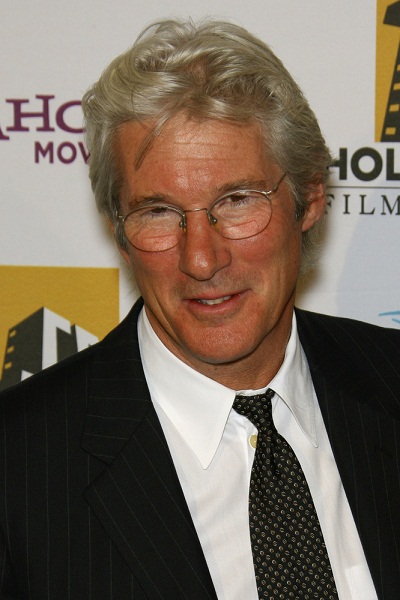 Richard Gere is an American actor, producer, humanitarian, and activist. He has starred in Days of Heaven, American Gigolo, Pretty Woman, Primal Fear, Unfaithful, and Chicago, among many other films.

Richard is the son of Doris Anna (Tiffany) and Homer George Gere. His family surname was spelled Geer several generations back. Many of his ancestral lines have been in the United States since the 1600s. Richard is descended from numerous Mayflower passengers. Richard is married to Spanish publicist and political activist Alejandra Silva. He has a son with his former wife, actress and model Carey Lowell; and two children with Alejandra.

Richard’s paternal grandfather was Albert William Gere (the son of George Lane Gere/Geer and Mary Alworth). Albert was born in Pennsylvania. George was the son of Albert Rezin/Resin Gere and Sarah E. Tewksbury. Mary was the daughter of William Alworth and Eliza Garnsey/Guernsey.

Richard’s maternal grandfather was William Stanton Tiffany (the son of Nelson Leroy Tiffany and Evaline/Eva H. Williams). William was born in Pennsylvania. Nelson was the son of Elisha Thomas Tiffany and Julia Anne Hempstead. Evaline was the daughter of Elisha Gates Williams and Emily Williams.