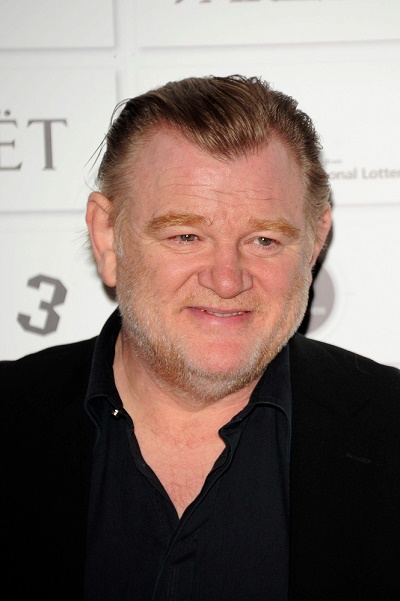 Gleeson in 2011, photo by Prphotos

Brendan Gleeson is an Irish actor. His roles include the films Braveheart, Michael Collins, The General, Gangs of New York, 28 Days Later, Cold Mountain, Troy, the Harry Potter universe, In Bruges, Into the Storm, The Guard, Calvary, Suffragette, Paddington 2, The Ballad of Buster Scruggs, The Tragedy of Macbeth, and The Banshees of Inisherin, and the series Mr. Mercedes, The Comey Rule, and State of the Union, among many other works.

He is the son of Patricia “Pat” (Halpin) and Frank Gleeson. He is married to Mary (Weldon), with whom he has four children, including actors Domhnall Gleeson and Brian Gleeson, and writer Rory Gleeson.

Brendan’s paternal grandmother was Ellen Gleeson (the daughter of John Gleeson and Mary Maher). Ellen was born in Thurles.

Source: Genealogy of Brendan Gleeson (focusing on his father’s side) – https://www.geni.com