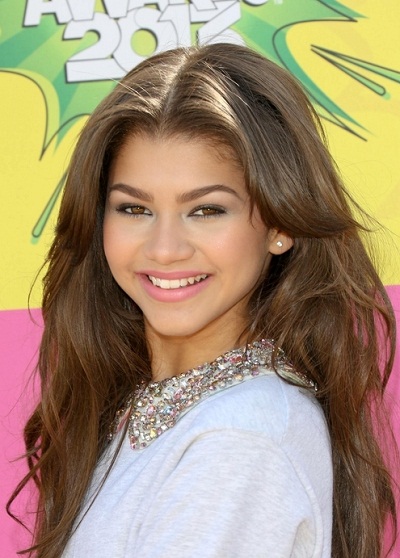 Zendaya in 2013, photo by Prphotos

Zendaya, also credited as Zendaya Coleman, is an American actress, singer, dancer, and model. She has starred in The Greatest Showman, Malcolm & Marie, Dune, and as MJ in the Marvel Cinematic Universe.

Her father, Kazembe Ajamu (born Samuel David Coleman), is African-American, from a family from Arkansas. Her mother, Claire Marie (Stoermer), who is white, has German, Irish, English, and Scottish ancestry. Her name, Zendaya, comes from the word Tendai/Tendayi, which means “to give thanks” in Shona, a Southwestern African language common in Zimbabwe and southern Zambia.

Zendaya’s maternal grandfather was Phillip Hilary Stoermer (the son of Fritz Hillary Stoermer and Marian Elizabeth Peir). Phillip was born in California. Fritz was the son of Henry Stoermer and Etta Tyler Fritz. Marian was the daughter of Alois Henry Peir and Kathyrn Gertrude Leahy/Leady.

Zendaya’s maternal grandmother was Daphne Carol Whitelaw (the daughter of Douglas William Walker Whitelaw and Thelma Ray Kelly). Daphne was from Vancouver, British Columbia, Canada. Douglas was the son of Harry Tulloch Whitelaw and Agnes Drummond. Thelma was the daughter of Joseph William Kelly, from Waterloo, Ontario, and of Ella Sparling, from Huron, Ontario. 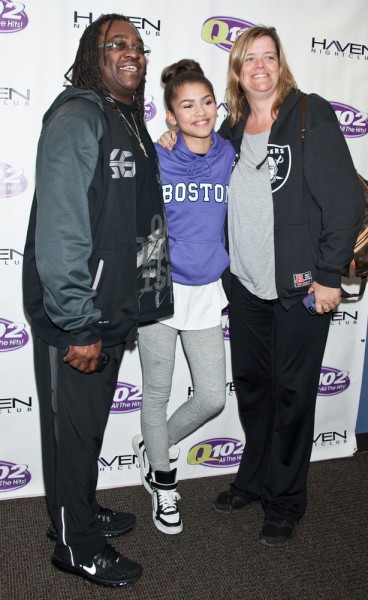 Zendaya with her parents, 2013, photo by Prphotos

Sources: Video of Zendaya and her parents talking about their ancestry – http://www.usmagazine.com

Genealogy of Zendaya (focusing on her mother’s side) – http://gw.geneanet.org