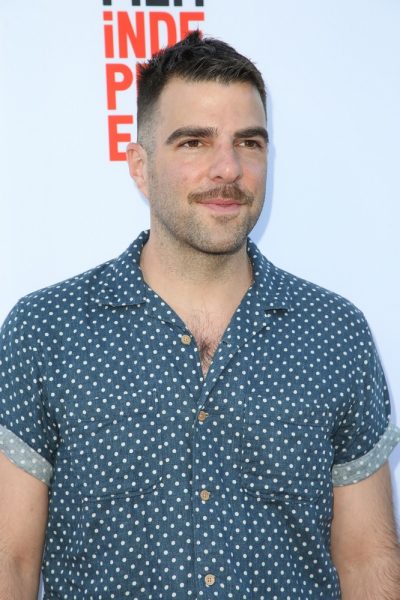 Zachary Quinto is an American actor and producer. He is known for his roles on the series 24 and Heroes, and as Spock in the rebooted Star Trek films.

The surname Quinto means “fifth” in Italian. His father, Joseph John Quinto, was born in Pennsylvania, to Italian parents. His mother, Margaret J. (McArdle), was of Irish ancestry. Zachary attended a Catholic school.

His maternal grandfather, Joseph A. McArdle, was a businessperson and Democratic Party politician, who was a Member of the U.S. House of Representatives from Pennsylvania, from January 3, 1939 to January 5, 1942.

He played an Iranian-American character on the show So Notorious.

Zachary’s paternal grandfather was Michele A. Quinto (the son of Carlo Quinto and Lucia Cafolla). Michele was born in Caserta, Campania, Italy. Carlo was the son of Ambrosio Quinto and Giuseppa Mastrobattista. Lucia was the daughter of Zaccaria Cafolla and Filomena Di Trocchio. The family also had roots in Lenola, Lazio.

Zachary’s paternal grandmother was Maria/Mary Palma/Palmina Marrocco (the daughter of Arcangelo Marrocco and Luiggia Stravata). Maria was Italian. Arcangelo was the son of Guiseppi Marrocco and Carmella.

Zachary’s maternal grandfather was Joseph A. McArdle (the son of Peter Joseph “P.J.” McArdle and Margaret O’Flaherty). Zachary’s grandfather Joseph was born in Indiana. P.J. was the president of the Amalgamated Association of Iron, Steel and Tin Workers. He was born in Ohio, to an Irish-born father and a mother who was born in Maryland. Margaret was born in West Virginia, to Irish parents.