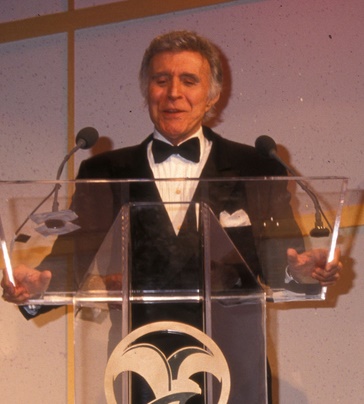 Ricardo Montalbán was a Mexican-born actor. He was known for playing Khan Noonien Singh in the Star Trek franchise, as well as television’s Fantasy Island and How the West Was Won, among many other roles.

Ricardo was born in Mexico City, Mexico, the son of Ricarda Merino Vda. (Merino Jiménez) and Genaro Balbino Montalbán Busano. His parents were Spanish, his father from Valladolid, Valladolid, Castilla y León and his mother from Soria, Soria, Castilla y León. He was married to actress and model Georgiana Young, until her death. The couple had four children. Georgiana was the half-sister of actress Loretta Young.