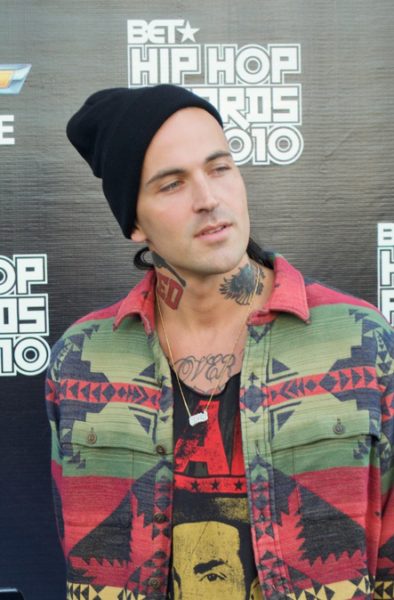 Yelawolf in 2010, photo by Prphotos

His father, whose surname is Atha, is of Cherokee Native American descent. His mother, Sheila Diane Mitchell, gave birth to him when she was fifteen. He was raised partly in Antioch and Nashville, Tennessee.

Yelawolf is married to Canadian singer and songwriter Fefe Dobson. He has three children.

Yelawolf’s matrilineal ancestry can be traced back to his seventh great-grandmother, Catherine.