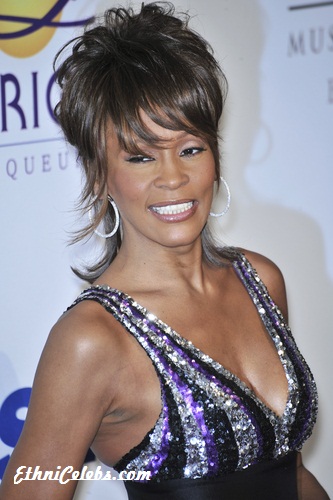 Whitney’s parents were/are both black. She also had a small amount of English, Irish, and Scottish ancestry.

Whitney’s maternal grandmother was Adelia/Delia Mae McCaskill (the daughter of Stephen McCaskill and Emma L. Houston). Adelia was born in Florida. Stephen was the son of Annie/Ann Hogan, who was black, and likely of John Jett McCaskill, who was white. Emma was the daughter of Oliver Houston and Rachel/Rachael Hill.