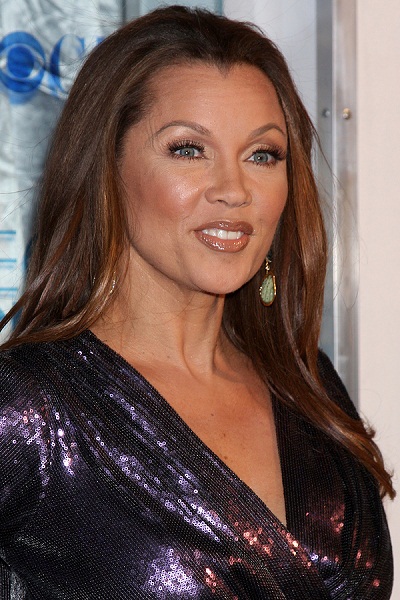 Vanessa L. Williams is an American actress, singer, songwriter, producer, model, and television personality. She was the first African-American to win the Miss America Pageant, in 1983. Her roles include the films Eraser, Soul Food, Hoodlum, Dance with Me, Light It Up, Shaft (2000), Batman: Hush, and Bad Hair, and the series Ugly Betty.

Vanessa is the daughter of Helen L. (Tinch) and Milton Augustine Williams, Jr. Her parents were both black. Her brother is actor and comedian Chris Williams. Vanessa grew up in the mainly white middle-class suburb of Millwood, New York. Vanessa is married to businessperson Jim Skrip. She has three children, including dancer and singer Jillian Hervey, with her former husband, public relations specialist Ramon Hervey II; and a daughter with her former husband, Canadian basketball player and actor Rick Fox.

An AncestryDNA test taken by Vanessa stated that her genetic ancestry is:

In an interview, a journalist stated that Vanessa’s mixed heritage includes African-American, Welsh, and Native American. No Native American markers appear on her DNA test. Vanessa appeared on the program Who Do You Think You Are? (2011), where she discovered that her great-great-grandfather, David Carll, was a “mulatto” (mixed race) man who avoided slavery and married a white woman (her great-great-grandmother).

Vanessa’s ancestry is at least 1/32nd English. One of her maternal great-great-great-grandfathers, George Appleford, was born in Surrey, England, in 1802.

Vanessa’s paternal grandfather was Milton Augustine/Abner Williams (the son of John Hill Williams and Mary L. Fields). Milton was born in Tennessee. John was the son of George Williams and Mollie/Molly Turner. Mary L. was the daughter of William A. Fields and Elizabeth “Lizzie” Fields.

Vanessa’s paternal grandmother was Iris Agnes Carl/Carll (the daughter of Frank S. Carl/Carll and Imogene Jackson). Iris was born in New York. Frank was the son of David Carll and Mary Louisa Appleford, who was white, and whose own father was English. Imogene was the daughter of Henry Titus Jackson and Emiline/Emmaline G. Russell.

Vanessa’s maternal grandfather was Edward James Tinch (the son of John Wilbur Tinch and Helen Elizabeth Fitzgerald). Edward was born in New Jersey. John was the son of John Tinch. Helen was the daughter of William Fitzgerald and Margaret.

Regarding her DNA test, Vanessa has said:

Genealogy of Vanessa’s father (focusing on his mother’s side) – https://www.findagrave.com