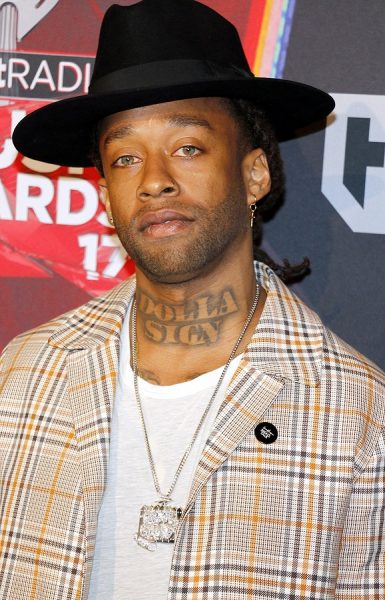 Ty Dolla Sign is an American singer, songwriter, and record producer. He is also credited as Ty Dolla $ign or Ty$. His father, Tyrone Griffin, was a member of the band Lakeside. Ty has a daughter.

Ty’s maternal grandmother is Doris Roby (the daughter of Milton Roby/Robie and Etta Lee Wilson). Doris was born in Tennessee. Milton was the son of George Roby and Rosie, and was a member of the Memphis Jug Band, a musical group active from the 1920s to the 1950s, featuring harmonica, kazoo, fiddle, and mandolin or banjolin. Etta was the daughter of Owen Wilson and Rosetta Lanier.