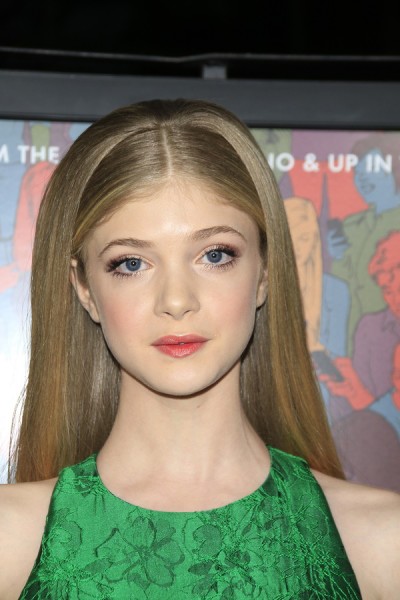 Kampouris in 2014, photo by kathclick/Bigstock.com

Elena Kampouris is an American actress. A picture of Elena with her father can be seen here.

Elena’s paternal grandfather is Emmanuel Andrew Kampouris (the son of Andreas/Andrew George Kampouris and Eurydice/Euridice Ann Caralli). Emmanuel was born in Alexandria, Egypt. He is a corporate executive, who moved to the U.S. in 1979. Andrew was a prosperous cotton merchant in Egypt, and was the son of Greek parents, Emmanuel George Kampouris, from Kassos, Dodecanese, Southern Aegean, and Kallista Kampouris Manolakis. Eurydice was born in Alexandria, the daughter of George Caralli and Anna Colloridi, whose own father was from Napoli, Campania, Italy.

Elena’s paternal grandmother was Myrto Olympia Stellatos (the daughter of Gerassimos Stellatos and Elly Thomaides). Myrto was born in Ash Shatibi, Alexandria, Egypt. Gerassimos was of Greek descent. Elly is described as being from a “Greek-Albanian family.”

Elena’s maternal grandfather was Donald Barry (the son of Buford Corlois Berry and Lillian Carine Bartlett). Donald was born in Alliance, Florida. Buford was the son of Homer W. Berry and Annie Faulk. Lillian was the daughter of James Redden Bartlett and Jennie Rebecca Hughes.