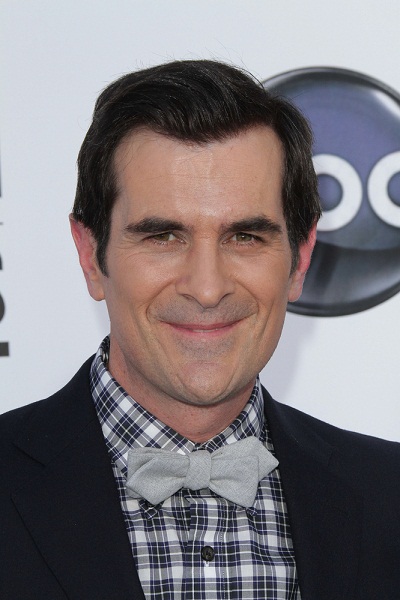 Ty Burrell is an American actor and comedian. His roles include the films Muppets Most Wanted, Mr. Peabody & Sherman, Dawn of the Dead (2004), Fur, and Morning Glory, and television’s Modern Family, among many other projects.

Ty is the son of Sheri Rose, a teacher, and Gary Gerald Burrell, a family therapist. He was raised in Applegate, Oregon. He has German/Black Sea German, English, and smaller amounts of Scottish, Irish, and French, roots, as well as 1/64th African ancestry from Madagascar.

He is married to Holly. The couple has two children, who are adopted, and are both black.

Ty’s paternal grandfather was Gerald Frank Burrell (the son of Benjamin Burrell and Naomi Lorena Kitselman). Gerald was born in Rawlins, Wyoming. Benjamin was the son of Richard Burrell and Lida Frances Murphy. Naomi was the daughter of Franklin Elmer Kitselman and Amanda A./Maude Stephens.

Ty’s paternal grandmother was Dollie Alberta Cook (the daughter of Harry Hiram Cook and Lena Mary Leppard). Dollie was born in California. Harry was the son of Charles A. Cook and Lilene/Lilly Cunningham Farrant. Lena was the daughter of John Henry Leppard and Agnes/Maggie M. Hartman.

Ty’s maternal grandfather was Johann/John Friedrich Hauck (the son of Frederick A. “Fred” Hauck and Rosina Maag). Ty’s grandfather Johann was born in South Dakota. Ty’s great-grandfather Frederick was born in Russia, to an ethnic German family, the son of Johann “John” Hauck and Elizabeth Brunmeier. Ty’s great-grandmother Rosina was born in South Dakota, to ethnic German emigrants from Russia, Peter Maag and Elisabetha/Elizabeth Jungmann. They lived in Odessa, and Hoffnungstal, in the Russian Empire, now Tsebrykove.