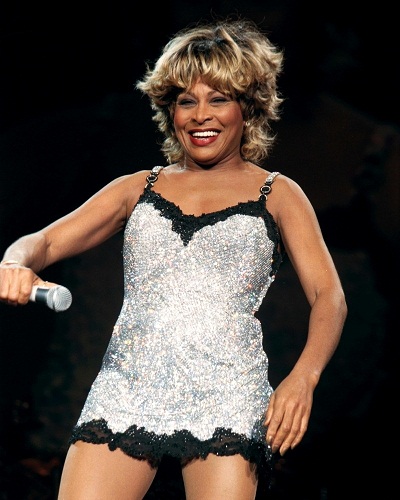 Tina Turner is an American singer, songwriter, dancer, actress, and author. She starred in the film Mad Max Beyond Thunderdome.

Tina is the daughter of Zelma Priscilla and Floyd Richard Bullock. Her parents were both African-American. She is now also a Swiss citizen.

Tina is married to German music executive Erwin Bach. She has a son with tenor and saxophonist Raymond Hill; and a son with her former husband, musician, bandleader, and record producer Ike Turner.

A DNA test whose results were displayed on the show African American Lives 2 (2008) stated that Tina’s genetic ancestry is:

Tina had previously thought that her mother had significant Native American heritage.

In his 2009 book about the show, In Search of Our Roots: How 19 Extraordinary African Americans Reclaimed Their Past, Henry Louis Gates, Jr. wrote that Tina’s African DNA matches the Mbenzele people of the Central African Republic, the Hausa people of Nigeria, the Tuareg people of Niger, the Bamileke people of Cameroon, and the Turkana people of Kenya.