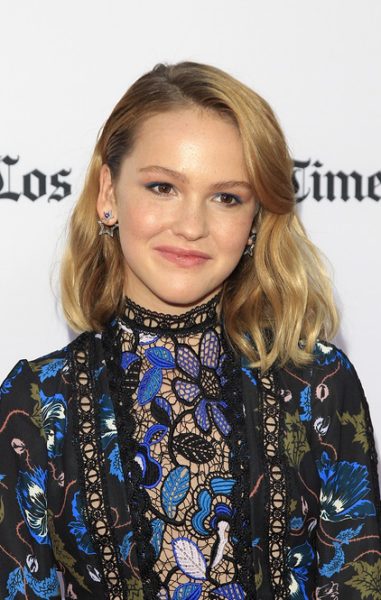 Bateman in 2017, photo by kathclick/www.bigstockphoto.com

Among her siblings are actors Judah Bateman, Leah Bateman, and Gabriel Bateman.

Talitha’s patrilineal line can be traced back to Benjamin Bateman, who was born, c. 1826, in Regents Park, London, England.

Talitha’s paternal grandfather is Arthur John Bateman (the son of Ronald MacPherson/MackPherson Bateman and Ella Taylor Nelson). Arthur was born in California. Ronald was born in California, the son of English parents, Arthur John Farguhar Bateman, who was born in Clapham Holy Trinity, and Isabell/Isabel/Isabella Stuart MacPherson, whose own father was Scottish. Talitha’s great-grandmother Ella was born in Minnesota, and was the daughter of Danish parents, Hans Emil Nelson and Valborg Vilhelmine Andersen, from Copenhagen.

Talitha’s maternal grandfather is Joel Andre Hassell (the son of Joe/Joseph Davis Hassell and Katherine/Kathleen Enid Halkes). Joel was born in Michigan. Joseph was the son of William Thomas Hassell and Delia Ann Johnson. Kathleen was the daughter of Frank N. Halkes, who was born in Piraeus, Attiki, Attiki, Greece, and of Eva May Boyd.

Talitha’s maternal grandmother is Phyllis Marilyn Burke (the daughter of George Frederick Burke and Edna Maurine Martin). Phyllis was born in Colorado. George was the son of George Samuel Burke and Rose Marjorie Stewart. Edna was the daughter of William Winters Martin and Brittie Eleanor Johnston.

Genealogy of Talitha’s paternal great-grandmother, Ethel May Bell (focusing on her own father’s side) – https://wc.rootsweb.com