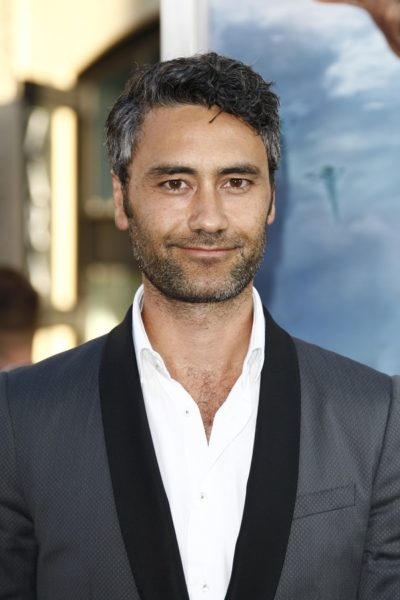 Waititi in 2011, photo by Joe Seer/bigstockphoto.com

Taika is the son of Robin (Cohen), a teacher, from Wellington, and Taika Waititi, a farmer and artist, from Waihau Bay. Taika’s father is Māori, and also of distant British Isles, and possibly 1/16th French-Canadian, ancestry. Taika’s mother has Irish, English, Scottish, Northern Irish, and one quarter Ashkenazi Jewish, ancestry.

Taika is married to producer Chelsea Winstanley, with whom he has two children. Chelsea is of part Ngāti Ranginui and Ngai Te Rangi ancestry. Taika is a third cousin, once removed, of politician and activist Rawiri Waititi.

My mother and her family’s story, still today, is fascinating to me, because they escaped the pogroms in Russia and then they ended up in England and eventually, somehow, through some mad turn of events, ended up in New Zealand, of all places. Even that story was a story of resilience and determination, so I basically come from two cultures [also referring to Māori] who share those traits.

My mum is white as they come. Her family is originally from Russia, Russian Jews, and mixed with a bit of Irish. And a bit of, sort of, whitey kind of things going on. And then, uhm, my dad’s side is Māori and a little bit of French Canadian.

Taika’s paternal grandmother was Matewa Delamere (the daughter of Hiki Manawa Delamere and Rongopouri Poihipi). Hiki was the son of Kohi/Neri/Ned/Edward Delamere and Ngarori Nikorima. Kohi’s father, Samuel/Sam Delamere, was a whaler who married Peti/Irihapeti Te Ha, a Māori woman. Samuel was white, and is often said to have been French-Canadian.

Taika’s maternal grandfather was David Cohen (the son of Henry/Harry Isaac Cohen and Norah/Nora Baker). Taika’s great-grandfather Henry came to Wellington on the Ruahine in 1913 from London, England. He was the son of Lewis Cohen, who worked as a tailor in Wellington, and of Rachel Annie. They were Jewish, from Novozybkov, Russia. Lewis’s family at one point lived in Edinburgh, Scotland. Taika’s great-grandmother Norah/Nora Baker was born in Christchurch, Christchurch City, Canterbury, New Zealand, and was the daughter Henry Baker and Honora Norah Butler, who were farmers. Henry was Irish, from Portlaw, Waterford. Taika’s great-great-grandmother Honora was born on Lyttleton, South Island, and was the daughter of David Butler and Mary Cull, who were Irish, with roots in County Limerick.