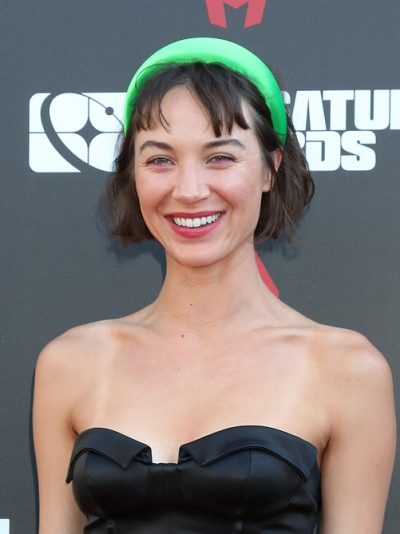 Lemmon in 2019, photo by kathclick /www.bigstockphoto.com/

Sydney Lemmon is an American actress. She is the daughter of actors Gina Raymond and Chris Lemmon.

Sydney’s paternal grandmother was actress Cynthia Stone (the daughter of John Boyd Stone and Dorothy Catlin Drayton). Cynthia was born in Peoria, Illinois. John was the son of William Edward Stone and Sarah Harriet Smith. Dorothy was the daughter of Henry Fairchild Dayton and Celia Benton.

Sydney’s maternal grandmother was named Patricia Marie Dobbins (the daughter of John E. Dobbins and Ida/Leda M.). Patricia was born in Lawrence, Massachusetts. John was the son of John Joseph Dobbins, whose parents were Irish, and of Jennie Maguire, who was born in England, likely of Irish descent.

Genealogy of Sydney’s paternal grandfather, Jack Lemmon (focusing on his father’s side) – http://worldconnect.rootsweb.ancestry.com