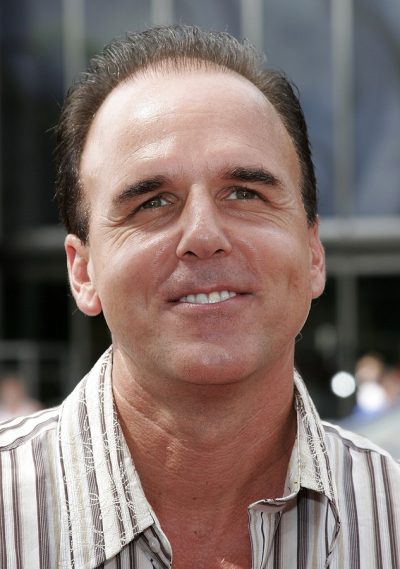 Oedekerk in 2006, photo by Starfrenzy/Bigstock.com

Steve Oedekerk is an American actor, stand-up comedian, director, editor, producer, and screenwriter. He is also known as Steve O. He is known for writing, directing, and starring in the film Kung Pow! Enter the Fist, and for his work with Jim Carrey and Tom Shadyac, including writing/directing entries in the Ace Ventura films.

His mother was born in Magnago, Italy.

He is married to Sandra, and has two children, including actress and tennis player Zoe Olivia, who is also known as Zoe Oedekerk.

Steve’s paternal grandfather was Martin Herman Gertrude Oedekerk (the son of Martinus Hermanus Gerhardus Oedekerk and Pauline Nicolette Madelaine Krado). Martin was born in South Africa, to Dutch parents. Martinus was the son of Andries Oedekerk, who was from Kampen, Overijssel, and of Antje Habekotté, who was born in Leeuwarden, Friesland. Pauline was born in Amsterdam, the daughter of Hendrik Krado and Helena Van Wijk.

Steve’s maternal grandfather was Carlo “Charles” Borlandelli (who likely was the son of Francesco Borlandelli and Francesca Tapella). Carlo was born in Magnago, Milan, Lombardy, Italy.