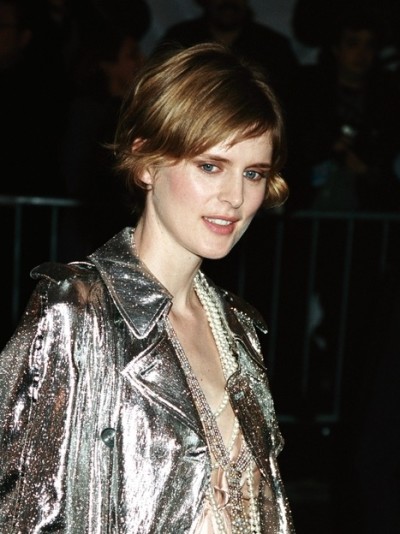 Tennant in 2004, photo by Prphotos

Stella Tennant was a Scottish-English model and fashion designer.

Stella was born in Hammersmith, London, England, the daughter of Lady Emma Cavendish and The Hon. Tobias William Tennant. She was raised on a sheep farm on the Scottish Borders. She was a second cousin of artist Daphne Guinness, through their great-grandparents, Sydney and David Freeman-Mitford. Stella was married to French photographer and osteopath David Lasnet, with whom she had four children.