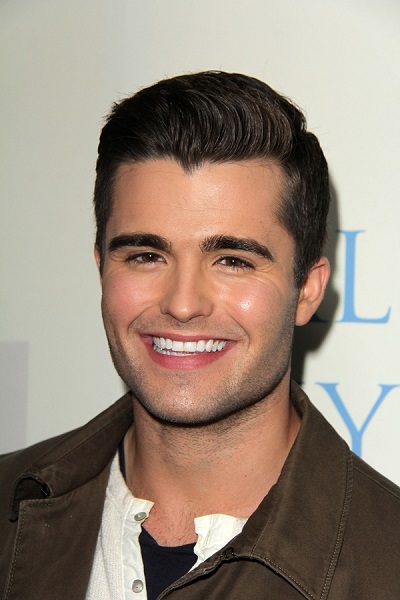 Boldman in 2013, photo by kathclick/Bigstock.com

Spencer Boldman is an American actor. His roles include the show Lab Rats and the film Cruise (2018).

Spencer’s patrilineal line can be traced to John Boldman, who was born, c. 1739, in New York, and to his wife, Mary Bellinger Helmer.

Spencer’s paternal grandfather is Irvin Harlow Boldman (the son of Thomas Lowell Boldman and Marjorie Shellagh Young). Irvin was born in Ohio. Thomas was the son of John I. Boldman and Ruby Irene Herman. Marjorie was born in La Brusse, France, to an American father, Arthur Robert Young, and Mary Louise Kirby, who was Canadian.

Spencer’s maternal grandmother is Patricia Ann McCalla (the daughter of Eugene Derck McCalla and Catharine Elizabeth Heck). Patricia was born in Ohio. Spencer’s great-grandfather Eugene the son of John Henry McCalla and Lucinda Elizabeth Derck, and was of mostly German ancestry, with a small amount of Scots-Irish (Northern Irish) roots. Spencer’s great-grandmother Catharine was of German and English origin, the daughter of Edward Heck and Alice Mae Perl.

Genealogy of Spencer’s mother (focusing on her own mother’s side) – http://www.genealogy.com