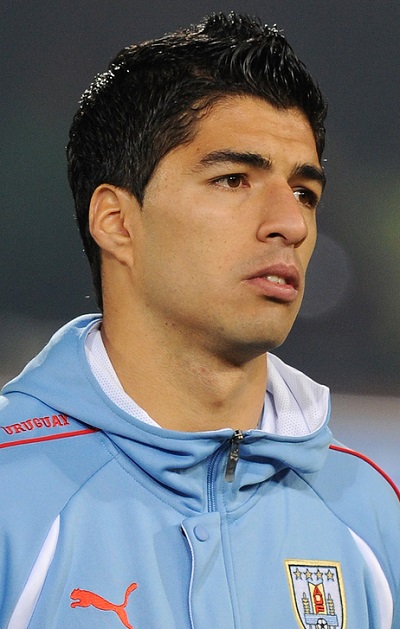 Suárez in 2010, photo by Prphotos.com

Luis Suárez is a Uruguayan professional footballer. He is nicknamed “El Pistolero” (the gunman).

Luis is the son of Sandra Díaz and Rodolfo Suárez. His brother, Paolo Suárez, is also a professional footballer. He spent his teenage years in Montevideo, and speaks Spanish, Dutch, and English. Luis is of Spanish and African heritage. His grandfather was black.

Luis is married to Sofía Balbi, with whom he has three children.