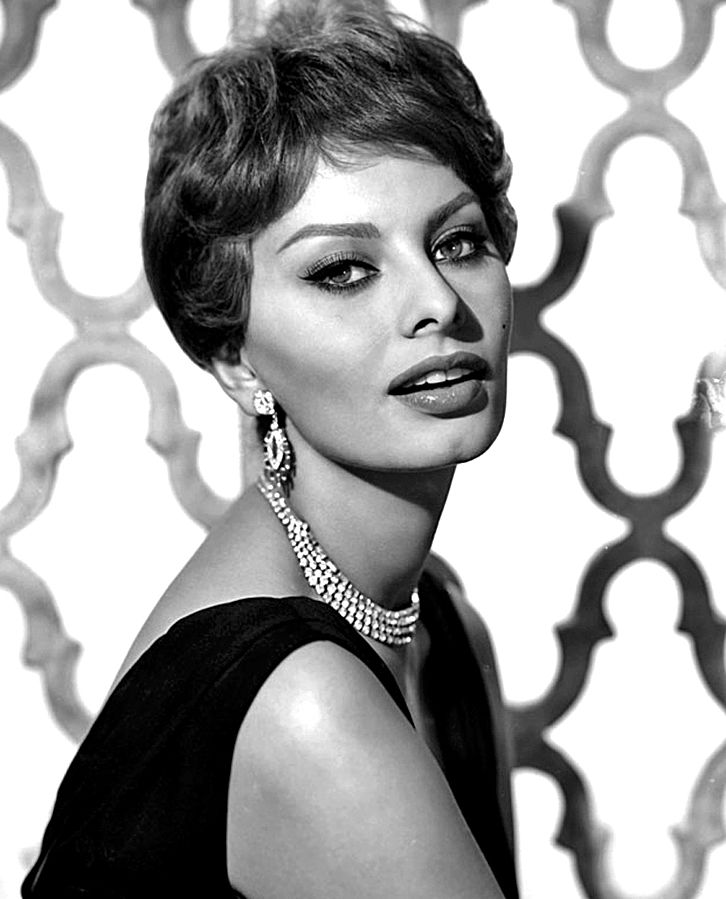 Sophia Loren is an Italian actress. She won the Academy Award for Best Actress for Two Women (1961).

Her mother, Romilda Villani, was from Pozzuoli, Province of Naples, Campania, Italy. Her biological father was Riccardo Scicolone.

Sophia was married to film producer Carlo Ponti, with whom she has two sons, Carlo Ponti, Jr., a conductor, and Edoardo Ponti, a film director. Edoardo is married to American actress Sasha Alexander.

Sophia’s paternal grandfather was named Salvatore Louis Scicolone. Salvatore was from a noble Sicilian family (from Agrigento). He was a marquess.

Sophia’s paternal grandmother was Sofia Maria Aquilino (the daughter of Angelo Aquilino/Iaquilino and Alfonza Licata). Sofia was of Venetian origin.

Source: Genealogy of Sophia Loren (focusing on her mother’s side) – https://www.geni.com