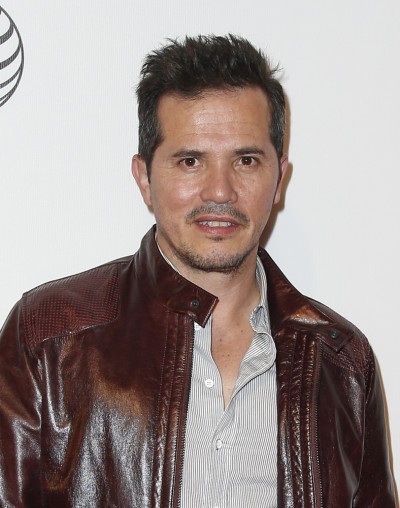 Leguizamo in 2014, photo by Prphotos

John Leguizamo is a Colombian-born American actor, stand-up comedian, film producer, playwright, and screenwriter. His roles include the films Moulin Rouge!, Ice Age, Spawn, Collateral Damage, Land of the Dead, To Wong Foo, Thanks for Everything! Julie Newmar, William Shakespeare’s Romeo + Juliet, Summer of Sam, John Wick, and Super Mario Bros., television’s The Kill Point and Bloodline, and one-man shows on stage, among many other works.

John was born in Bogotá, Colombia, the son of Luz Marina Peláez and Alberto Rudolfo Leguizamo. John’s family moved to New York City in the 1960s, living in Queens. He is married to costumer Justine Maurer, with whom he has two children.

Over the years, John had stated that he has Puerto Rican, Italian, Lebanese, and/or other ancestry. These statements are not accurate. John at least has no significant ancestry from these communities.

A DNA test whose results were displayed on the show Finding Your Roots with Henry Louis Gates, Jr. (2022) stated that John’s genetic ancestry is:

His mtDNA is of the Indigenous Americas.

John’s paternal grandfather Martín Vargas Cualla (the son of Nicolas Vargas Villegas and Elisa Cualla Ricaurte). Martín was born in Bogota, Cundinamarca, Colombia. He was a wealthy landowner. Elisa was the daughter of Higinio Cualla, who was Mayor of Bogotá, from 1884 to 1900, and helped modernize the city.

John’s maternal grandmother was María Waldina Peláez Pérez (the daughter of Juan Crisóstomo Peláez Chica and Leonilde Pérez Quesada). Juan was the son of Juan Crisóstomo Peláez Gallego and María Waldina/Ubaldina Londoño/Chica Idárraga. Through this line, John’s seventh great-grandfather was Corregidor Sancho Londoño Zapata, a local administrator for the Spanish crown, who was the richest person in the province of Rio Negro at the time of his death.