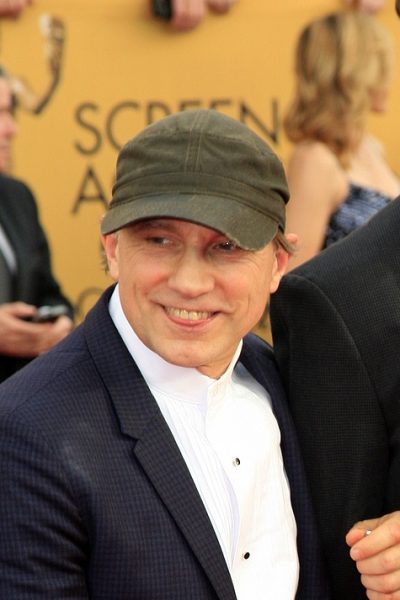 McBurney in 2015, photo by kathclick/Bigstock.com

Simon McBurney is a British actor, playwright, and theatrical director. He founded, and is artistic director of, the Théâtre de Complicité, London.

He is the son of Anne Francis Edmondstone (Charles) and Charles McBurney (Charles Brian Montagu McBurney). His father was an American archaeologist and academic, born in Stockbridge, Massachusetts, who spent most of his life in England. His mother was English, from Fareham, Hampshire. His parents met during World War II. His brother is composer, arranger, broadcaster, teacher, and writer Gerard McBurney. Simon’s parents were second cousins.

Simon is married to concert pianist Cassandra “Cassie” Yukawa, with whom he has three children. Cassie’s sister is solo violinist and composer Diana Yukawa.

Simon’s paternal grandfather was Henry McBurney (the son of Charles Heber McBurney and Margaret Willoughby Weston). Henry was born in New York. Simon’s great-grandfather Charles McBurney was a prominent surgeon, who described McBurney’s point in appendicitis. He led the medical team that oversaw President William McKinley’s recovery after his shooting in 1901. He was the son of Charles McBurney and Rosine Horton.