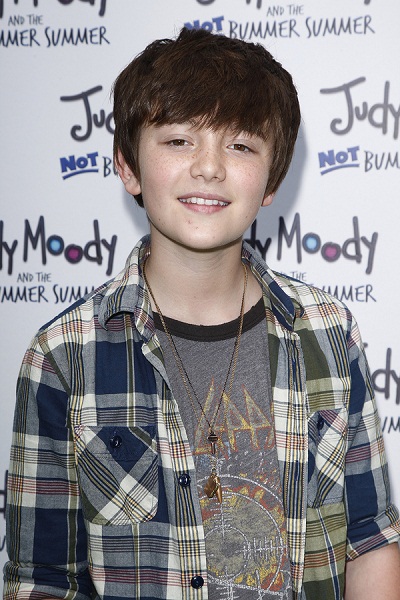 Chance in 2011, photo by Joe Seer/bigstock.com

Ethnicity:
*father – English, some Scottish, around 1/16th African-American
*mother – one half German, one quarter Bohemian/Czech, one quarter Polish

Greyson Chance is an American singer, songwriter, and pianist.

He was raised in Edmond, Oklahoma.

Greyson’s paternal grandfather was Boyd Hubert Chance (the son of John Archie Chance and Addie/Ada May/Mae Long). Boyd was born in North Carolina. John was the son of Thomas Chance and Louise J. Gales. Addie was the daughter of Edwin Johnson Long and Janie May Thompson.

Greyson’s paternal grandmother was Elsie Lucille Powell (the daughter of Carl E. Powell and Julia Hatcher). Elsie was born in South Carolina. Julia was the daughter of James Henry Hatcher and Mary Eliza Rainwater. James’s parents were listed as “mulatto” on the 1850 U.S. Census, and as “white” in later records.

Greyson’s maternal grandmother is Carolyn Ann Dvorak (the daughter of Frank William Dvorak and Annie J. Kosinski). Frank was of Bohemian Czech descent. Annie was of Polish descent, the daughter of John Joseph Kosinski and Mary Ann Ellczynski. This makes Greyson of one eighth Polish ancestry.