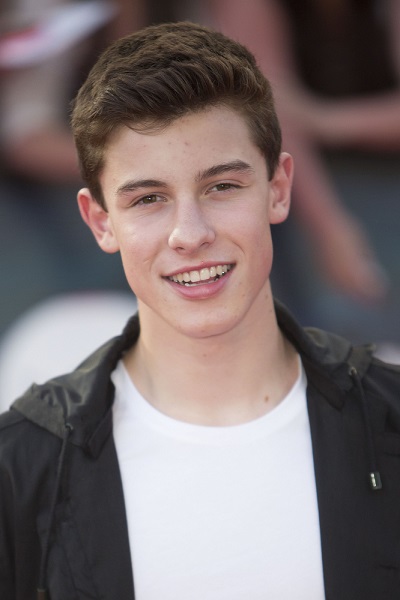 Mendes in 2014, photo by Prphotos.com

Shawn Mendes is a Canadian singer, songwriter, and model. He started his career by posting snippets of cover songs to Vine.

Shawn is the son of Karen and Manuel Mendes. Shawn’s father is of Portuguese descent, from Algarve. Shawn’s mother is originally English; she was born in Yeovil, Somerset, England.

Sources: Genealogy of Shawn Mendes (focusing on his mother’s side) – https://www.geni.com

Genealogy of Shawn’s maternal great-great-grandfather, George Patrick Collins (focusing on his own father’s side) – http://worldconnect.rootsweb.ancestry.com

Genealogy of Shawn’s maternal great-great-grandfather, George Patrick Collins (focusing on his own mother’s side) – http://worldconnect.rootsweb.ancestry.com