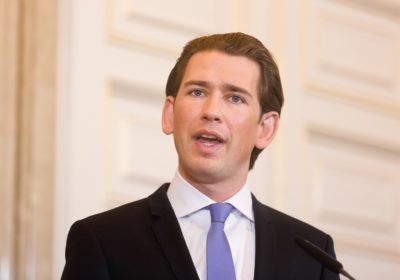 Sebastian Kurz in 2018, photo by palinchak/Bigstock.com

Sebastian’s maternal grandmother was named Magdalena Müller. She was born in Temerin, Kingdom of Serbs, Croats and Slovenes (today Vojvodina, Serbia), and was a Danube Swabian. She settled in Zogelsdorf, now in Austria, during World War II, after the Yugoslav Partisans and the Red Army started moved into her birth territory.