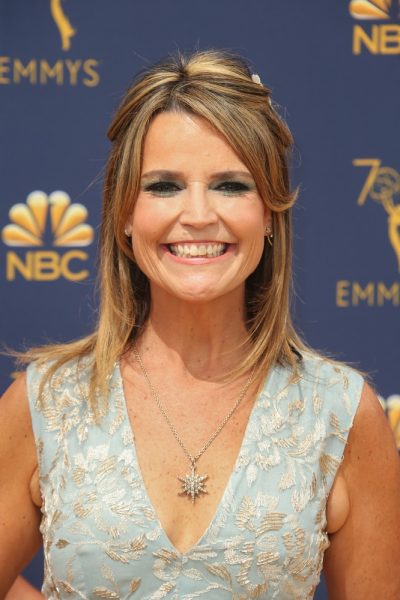 Savannah Guthrie is an American broadcast journalist and attorney.

Savannah was born in Melbourne, Victoria, Australia, the daughter of American parents, Nancy (Long) and Charles Errol Guthrie. She was raised in Tucson, Arizona. Savannah is married to political and communications consultant Michael Feldman, with whom she has two children.

Savannah’s paternal grandmother was Edythe Draffen (the daughter of Edwin Wellington Draffen and Lula Storts). Edythe was born in Ohio. Edwin was the son of John Draffen, whose father was Irish, and of Mary Agnes Lillard. Lula was the daughter of James Robert Storts and Elizabeth Sarah Armstrong.

Savannah’s maternal grandfather was Pierce F. Long (the son of Frank Everete/Everette Long and Rose Young). Frank was the son of Pierce Long and Flora/Florence V. Johnson. Rose was the daughter of Henry Young and Lena Anna Fisher/Fischer, and all of her grandparents were German.