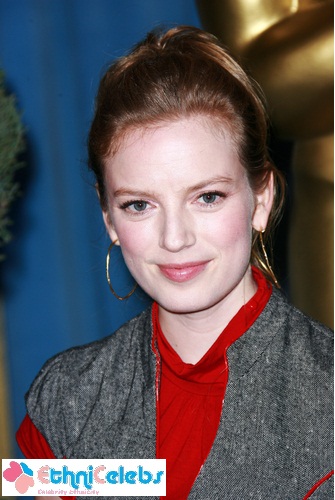 Sarah Polley is a Canadian actress, writer, director, producer, and political activist. She is known for her independent film roles, largely Canadian, including The Sweet Hereafter, The Hanging Garden, and Last Night, and for writing and directing the drama Away from Her (2006).

Sarah’s mother, Diane Elizabeth, an actress, was of mainly Scottish ancestry, along with Northern Irish.

Sarah was raised believing that her biological father was Michael Polley, her mother’s husband, who was an English-born actor. As an adult, Sarah discovered that her biological father was Harry Gulkin, a producer, which she confirmed with a DNA test. Harry Gulkin’s parents were Jewish emigrants from Russia. Harry and Diane were working on a play together during Sarah’s conception.

Sarah is married to David Sandomierski, with whom she has three children.

Sarah’s maternal grandfather was Ewen Angus “Murray” MacMillan (the son of Bain Donald McBean MacMillan and Margaret Elizabeth McQuade). Ewen was born in Finch, Stormont, Ontario, Canada. Donald was the son of Angus MacMillan, who was born in Fort William, Inverness-shire, Scotland, and of Mary E. Cameron. Margaret was the daughter of James McQuade and Margaret Elizabeth Ingram, whose parents were from Northern Ireland.

Genealogy of Sarah Polley (focusing on her mother’s side) – http://worldconnect.rootsweb.ancestry.com

Genealogy of Sarah’s maternal great-grandmother, Margaret Elizabeth McQuade (focusing on her own mother’s side) – http://worldconnect.rootsweb.ancestry.com