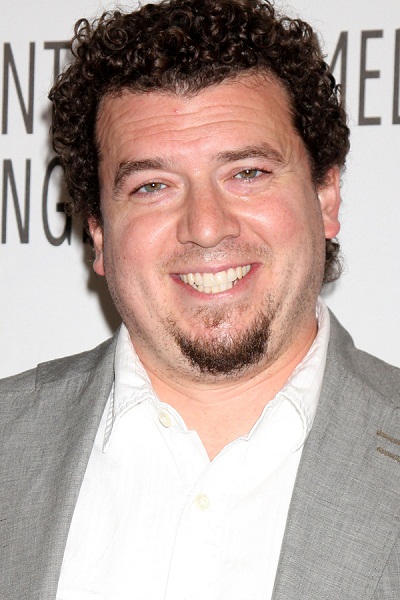 McBride In 2011, photo by kathclick/Bigstock.com

Danny McBride is an American actor, comedian, writer, producer, and director. He has also been credited as Daniel R. McBride.

Danny is the son of Kathy and James McBride. He was raised Baptist. His parents are both of the Baptist religion.

Danny’s father is of heavily English ancestry, along with Scottish, Scots-Irish/Ulster-Scots, and Irish roots. Some of Danny’s father’s lines go back to Colonial America of the 1600s. Danny has stated that his father has ancestry from County Tyrone.

One of Danny’s maternal great-grandfathers was Jewish, while the rest of his mother’s ancestry includes (non-Jewish) English and German.

Danny is married to Gia Ruiz, with whom he has two children.

Danny’s paternal grandmother is Susan Catherine Berry (the daughter of Madison Monroe Berry and Nancy C. D. Bush). Susan was born in Florida. Madison was the son of Kinnan/Kinnon/Kenson Berry and Katherine/Catherine Tharpe. Nancy was the daughter of Greenberry Bush and Mary Susannah “Susan” Reddick. One of Danny’s paternal great-great-great-grandfathers, John Berry, was born in Ireland, and was likely of Ulster-Scots background.

Danny’s maternal grandfather was George Albert Chaby (the son of Percy R. Chaby and Louise/Louisa Dewald). George was born in Pennsylvania. Percy was Jewish, and had been born in Russia, the son of Reuban Chaby and Ida. Louise was almost certainly not of Jewish ancestry. Louise’s parents were George Dewald and Kathryn Bissell, who were from Bavaria, Germany. George Albert Chaby, Danny’s grandfather, has a cross on his gravestone.

Danny’s maternal grandmother was Elizabeth Marie Malz (the daughter of William Charles Malz and Edith Viola Durrwachter). Elizabeth was born in Pennsylvania. William’s parents were German immigrants. William’s father was named Charles Malz. Edith’s father, George or Charles Bernard Durrwachter, was the son of German immigrants, Jacob Durrwachter and Jacobine Goodyear. Edith’s mother was Mary Sarah Williams, whose parents were born in Pennsylvania, and who was most likely of British Isles descent.

Genealogy of Danny McBride (focusing on his father’s side) – http://records.ancestry.com

Genealogy of Danny’s paternal great-grandfather, Madison Monroe Berry (focusing on his own father’s side) – http://worldconnect.rootsweb.ancestry.com