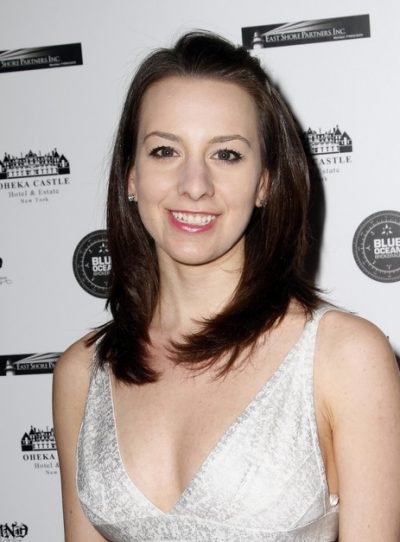 Sarah Hughes is an American figure skater. She is the 2001 World bronze medalist in ladies’ singles and the 2002 Olympic Champion.

She is the daughter of Amy and John Hughes. Her father was a captain of the undefeated/untied NCAA champion 1969–70 Cornell University ice hockey team. Her sister is figure skater Emily Hughes. She is said to be a cousin of radio personality Gregg Hughes (Opie, of Opie and Anthony).

Sarah’s maternal grandmother is Estelle Saul (the daughter of Louis Saul and Anna Ray Schwartz). Estelle was born in New York, to a Russian Jewish father and a Romanian Jewish mother.

Sources: Genealogy of Sarah Hughes (focusing on her mother’s side) – https://www.geni.com