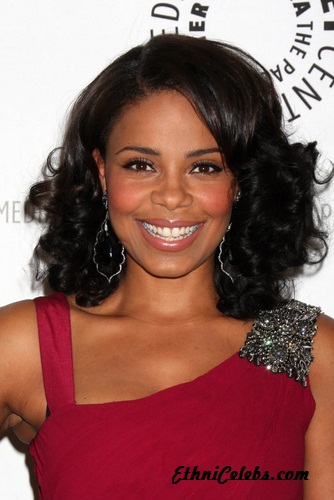 Sanaa Lathan is an American actress. She is known for starring in the movies Blade (1998), Brown Sugar (2002), and Alien vs. Predator (2004). Her father, Stan Lathan, is a producer and director. Her mother, Eleanor McCoy (Eleanor Leslie McCoy), performed on Broadway. Her brother is DJ Tendaji Lathan.

Sanaa’s parents are both African-American. Her first name, Sanaa, means “work of art” in Swahili.

Some websites state that she has Native American ancestry. It is not clear if this ancestry has been verified/documented.