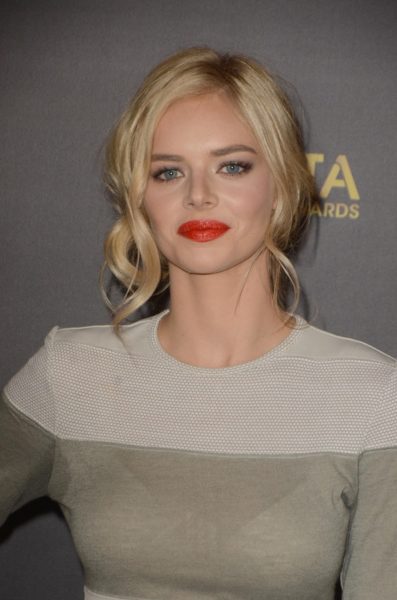 Weaving in 2016, photo by kathclick/Bigstock.com

Ethnicity: Maltese, English, as well as one sixteenth Belgian [Walloon] and 1/32 Manx/Isle of Man

Samara Weaving is an Australian actress and model. She is known for starring in the horror and comedy films The Babysitter (2017) and Ready or Not (2019), and in Snake Eyes (2021), among other roles.

Her father, Simon Weaving, is a filmmaker, who is artistic director of the Canberra International Film Festival. Her mother, Helena Bezzina, is an art therapist. Her uncle is actor Hugo Weaving. Samara has said that her mother is Maltese. Bezzina is a Maltese surname.

Her sister, Morgan Weaving, is also an actress.

She was raised in Singapore, Fiji, and Indonesia, before finally settling in Canberra, Australia.