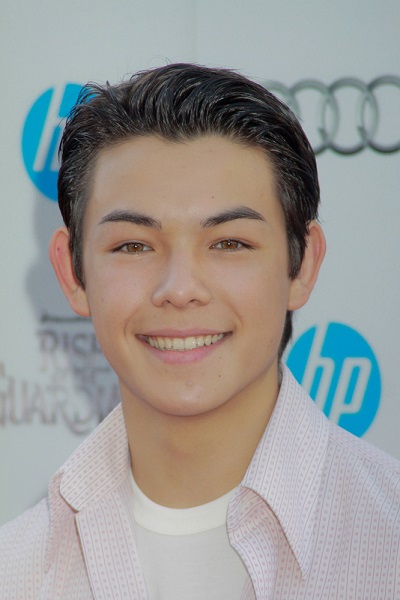 Potter in 2012, photo by Prphotos.com

Ryan Potter is an American actor, martial artist, and photographer. He is known for playing Mike Fukanaga on the series Supah Ninjas and for voicing the lead character Hiro in the film Big Hero 6.

Ryan’s father is Japanese, and Ryan speaks Japanese. He spent most of his early childhood in Japan, and returned to the United States when he was seven, where he was raised by his single mother, who is caucasian, and from California.

Ryan’s maternal grandfather is Kenneth Lee Potter (the son of Dwight Willis Potter and Frances/Francis May Graham). Kenneth was born in California. Dwight was the son of Fred Ira Potter, and of Swedish emigrant, Agda/Olga Johanna Christina Lindgren, who was born in Vanga, Ostergotland. Frances was born in Iowa, the daughter of Arthur Frank Graham and Mary/Marie Melissa Geddes.