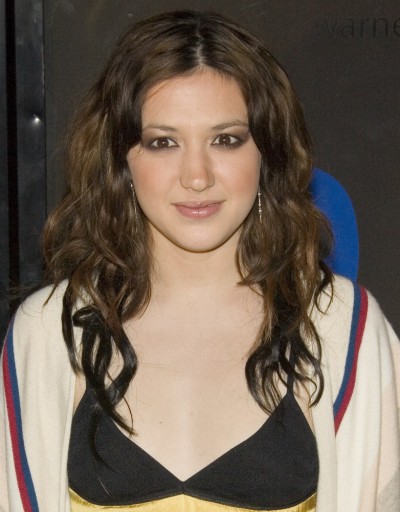 Michelle Branch is an American singer, songwriter, guitarist, and actress.

Michelle is married to musician and producer Patrick Carney, of The Black Keys. She has a daughter with her former husband, bass player Teddy Landau; and a son with Patrick.

Michelle’s paternal grandfather was David Carroll Branch (the son of Benjamin David Hamill “Ben” Branch and Helen Frances Carroll). David was born in New Jersey. Benjamin was the son of Townsend Stitt Branch and Esther Hamill, whose own parents, David Hamill and Esther “Etty” Corbett, were Scots-Irish. Helen was the daughter of Irish emigrants, Patrick Joseph Carroll and Ellen McGuire.

Michelle’s paternal grandmother was Geryld Merlyn “Geri” Vassar (the daughter of James Fountaine Vassar and Marguerite Anne Heller). Geryld was born in California. James was the son of James Madison “Jim” Vassar and Angeletta Jane Kelsay. Marguerite was the daughter of a German emigrant, “John Arthur” Heller, of Kulmbach, Bavaria, and of Emma Virginia Hughes Campbell.

Source: Genealogy of Michelle Branch (focusing on her father’s side) – https://www.geni.com