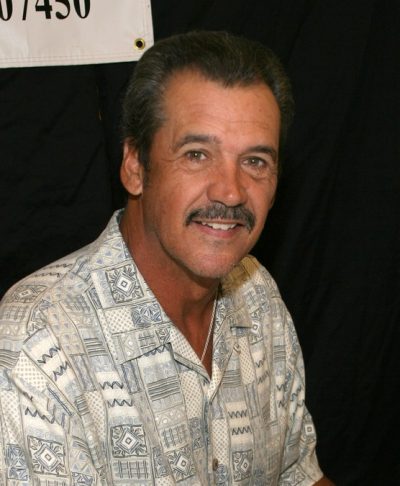 Ron Guidry is an American professional baseball player. He was a left-handed pitcher in MLB, and played his entire career for the New York Yankees. Ron is nicknamed “Louisiana Lightning” and “Gator.”

Ron is the son of Mary (Broussard) and Ronald Guidry. He is married to Bonnie Rutledge, with whom he has three children.

Ron’s paternal grandfather was Augustin/Augustine “Gus” Guidry (the son of John Alan Guidry and Rosa/Rose Lejeune). John was the son of Eugene Guidry and Emelia Dugas. Rosa was the daughter of Zepherin Blaise Lejeune and Alzire Bertrand.

Source: Genealogy of Ron Guidry (focusing on his father’s side) – https://www.geni.com