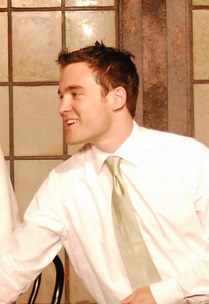 Robert Belushi is an American actor. He is the son of Sandra Davenport and actor, comedian, singer, and musician Jim Belushi. His uncle was comedian and actor John Belushi.

Robert’s paternal grandfather was Adam Anastas Belushi (the son of Anastas/Anastos A. Belliors/Bellios/Belushi and Vasilo Manika). Adam was born in Albania.

Robert’s paternal grandmother was Agnes Demetri Samaras (the daughter of Demetri/Dimitri/Dimitrios/Demetre George/Jorgi Samaras and Anna D. Popa/Papajoseph). Agnes was born in Ohio. Robert’s great-grandparents were born in Korçë, now in Albania, with roots in Ziçisht and Grapsh. Demetri and Anna spoke Greek, but it is not clear if they were ethnically Greek, or if they identified as such. They are usually described in biographical sources on the Belushis as Albanian.

Robert’s maternal grandmother was Kathryn Ann Valha (the daughter of Robert George Valha and Stella Elizabeth Holup). Kathryn was born in Illinois. Robert was the daughter of Jan/John Karel/Karl Valha, who was Czech, and of Philomena “Minnie” Panosh, whose parents were also Czech. Stella was the daughter of Albert Holup and Anna Cherf, who were the children of Czech parents.

Genealogy of Robert Belushi (focusing on his father’s side) – http://www.geni.com

Genealogy of Robert’s father (through his brother, John Belushi) (focusing on his father’s side) – http://www.findagrave.com

Genealogy of Robert’s father (focusing on his own mother’s side) – http://www.genealogy.com

Genealogy of Robert Belushi (focusing on his mother’s side) – https://www.genealogy.com