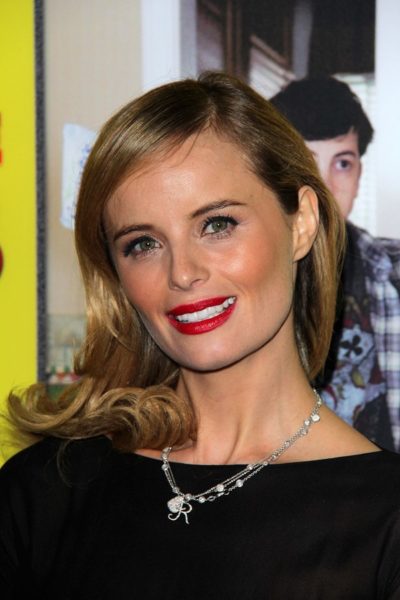 Ricki is the daughter of Peggy Irene (Smith) and Robert A. Lander, II. Ricki’s mother has Dutch/Frisian and Dutch Jewish, along with some German Jewish, ancestry.

Ricki’s maternal grandfather was Robert Smith, whose original name was Andre Maurice Wolf (the son of Maurits “Maurice” Leman Wolf and Frederika “Freddie” Fierlier). Andre was born in Antwerp, Belgium, to Dutch Jewish parents. Maurits was the son of Leman Joel Wolf and Flora van Coevorden. Frederika was the daughter of Nathan Fierlier and Sara Veerman.

Ricki’s maternal grandmother was Elizabeth/Elisabeth Dykstra (the daughter of Albertus/Albert Dykstra and Froukje/Frouke Hager). Elizabeth was born in Hitzum, Friesland, the Netherlands. Albertus was the son of Tamme Dijkstra and Geertje Van Dompselaar. Froukje was the daughter of Klaas Hager and Elizabeth Wiersna.