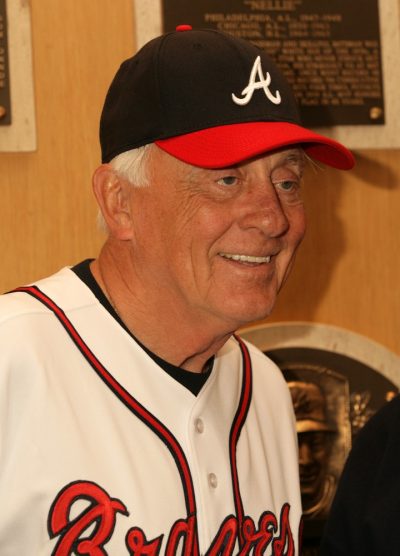 Phil Niekro, pronounced NEE-kro, was an American professional baseball player. He was a starting pitcher, and played his Major League Baseball (MLB) career with the Milwaukee/Atlanta Braves. He was nicknamed “Knucksie.”

Phil was the son of Henrietta “Ivy” and Philip Niekro.

Phil’s paternal grandfather was Joseph “Joe” Niekro (the son of John Niekra and Yarlo Drideck). Joseph was born in Poland.

Genealogy of Phil Niekro (focusing on his mother’s side) – https://www.geni.com