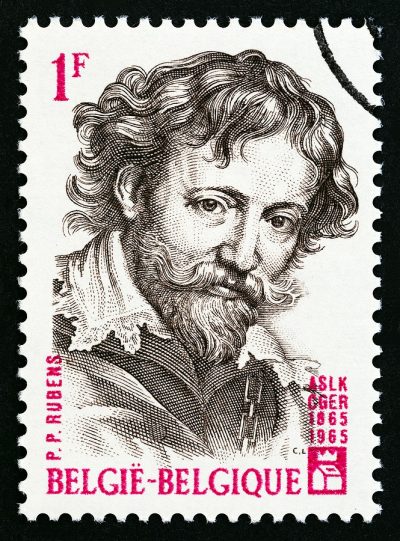 Peter Paul Rubens was a Flemish artist and diplomat. He is noted as the most influential artist of the Flemish Baroque tradition. He lived during the Dutch Golden Age, in the Duchy of Brabant in the Southern Netherlands, which is now in Belgium.

Peter Paul was born in Siegen, Nassau-Dillenburg, Holy Roman Empire, the son of Maria Pypelincks and Jan Rubens. His father was born in Antwerp, and was the city’s Flemish magistrate. His mother was born in Kuringen, and was a writer. Both cities are now in Belgium. His father was a Calvinist, and left Antwerp for Cologne. At the time, the Habsburg Netherlands was ruled by Fernando Álvarez de Toledo, 3rd Duke of Alba, a Spanish, Catholic, who persecuted Protestants in the area.

Peter Paul’s father was a legal adviser of Anna of Saxony, who was then Princess consort of Orange, as the wife of William I of Orange, then Prince of Orange. His father settled in the court in Siegen. His father and Anna had an affair, and had a daughter together in 1571; this ended Anna and William’s marriage. Peter Paul was then born in 1577 in Siegen, and was raised mostly in Cologne. After his father died in 1589, Peter Paul was raised by his mother in Antwerp, and at that point was raised Catholic.