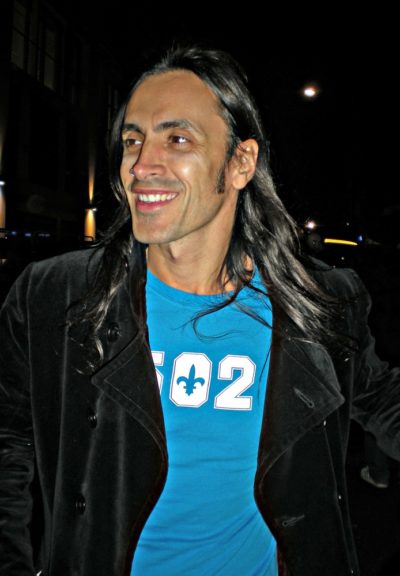 Bettencourt in 2009, photo by Prphotos

Nuno Bettencourt is a Portuguese-American guitarist, singer, songwriter, and record producer. He is the lead guitarist of American rock band Extreme.

Nuno is the son of Aureolina (da Cunha Gil de Ávila) and Ezequiel Mendes Bettencourt. His brother is musician, songwriter, and music producer Luís Gil Bettencourt. His family moved to Hudson, Massachusetts, U.S., when he was four. Nuno has two children, including actress Bebe Bettencourt, with his wife, Australian singer and songwriter, Suze DeMarchi.