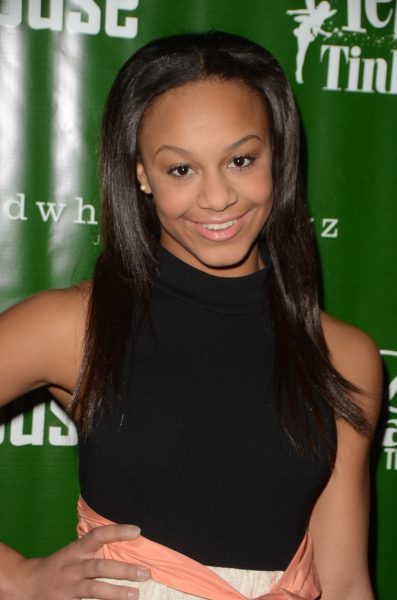 Sioux in 2015, photo by kathclick/Bigstock.com

Nia Sioux, also known as Nia Frazier, is an American dancer. She appears on the show Dance Moms.

Nia is the daughter of Holly and Evan Frazier. Both of her parents are African-American.

Nia’s paternal grandfather was Andrew Frazier (the son of Dozia/Dozier Frazier and Ethel Belcher). Andrew was born in Pennsylvania. Dozia was the son of John Frazier and Minnie Lewis. Ethel was the daughter of Benjamin Belcher and Katie.

Nia’s paternal grandmother is Brenda Lee Strong (the daughter of Dennis William Strong and Mozelle Jacqueline Connor). Brenda was born in North Carolina. Dennis was the son of John Franklin Strong and Sarah Berry. Mozelle was the daughter of Moses Conner and Docia Rankin.

Nia’s maternal grandmother is Gwendolyn Dillard (the daughter of Charles Dillard and Shirley).