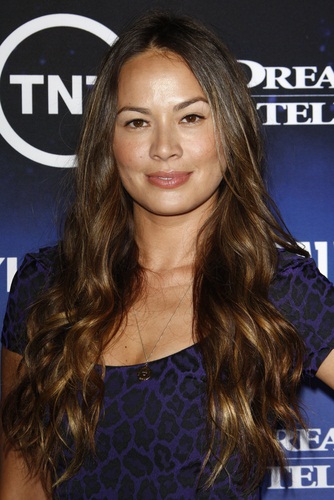 Moon Bloodgood is an American actress and model.

Moon’s father has Dutch, English, Welsh, and Irish ancestry. Moon’s mother is Korean. She has said that her name, Moon, is a Korean name. “Bloodgood” is originally a Dutch surname, spelled “Bloetgoet” many generations back.

Her mother is from South Korea, where she met Moon’s father, a serviceman who was stationed there. Moon was born and raised in Orange County, California. She is well known for her role in the 2009 film Terminator Salvation.

Moon’s paternal grandmother was Willa Louise Morgan (the daughter of James Arthur Morgan and Willa/Willie Omelia Wiggins). James was the son of David J. Morgan and Stella Cylena Chaffee. Willa was the daughter of Jesse/Jessie Hiram Wiggins and May Etta Faulkner.

Sources: Family history of some of Moon’s father’s family – http://genforum.genealogy.com

Genealogy of Moon’s paternal great-grandmother, Willa Omelia Wiggins (focusing on her own mother’s side) – http://worldconnect.rootsweb.ancestry.com