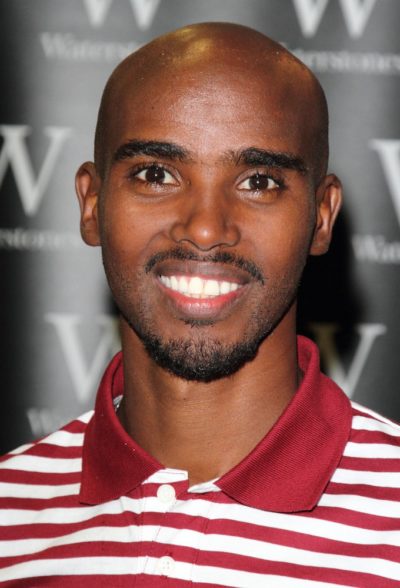 Mo Farah is a Somali-born British world-class distance runner. He is a stand out in the 5,000 meter and 10,000 meter categories.

Mo was born in Mogadishu, Somalia, and moved to England to join his father at the age of eight, knowing no English. His father, who is also of Somali descent, was born in London. His cousin, Yonis Farah, is a Somali footballer. He has family in Djibouti.

Mo is a devout Muslim and prays before each race.

Mo is married to Tania Nell, with whom he has three children.

Mo’s grandfather was named Jama. Jama was born in the British protectorate of Somaliland.